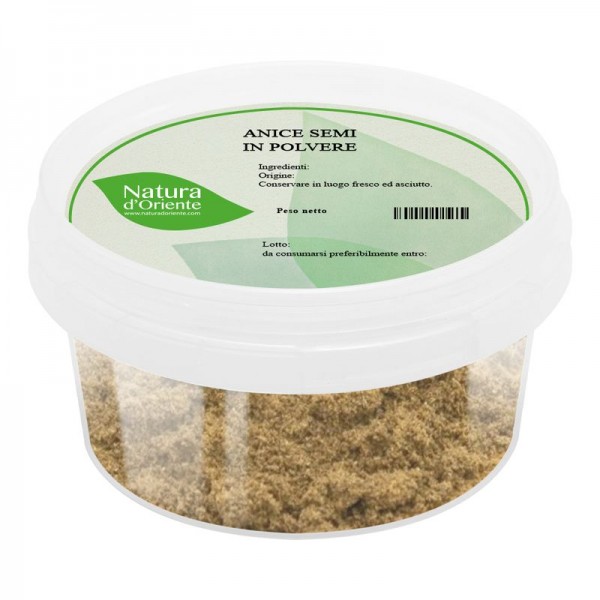 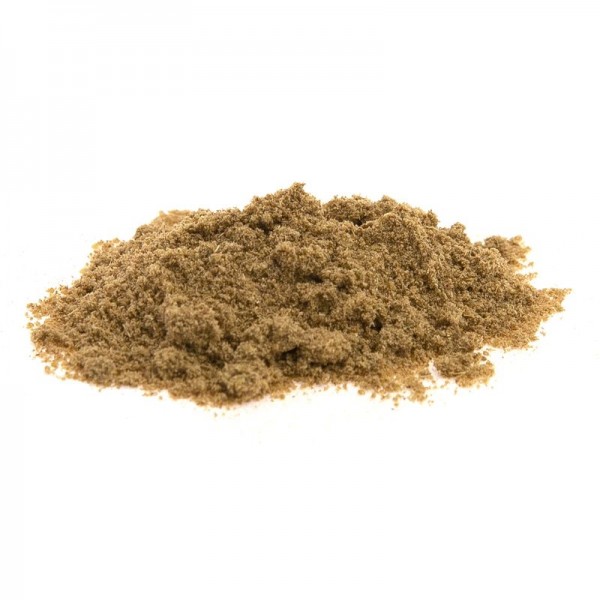 Anise has been known since ancient times both as a flavoring and as a medicine. Even the king of England saw an opportunity to increase revenue and declared it a taxable spice. The money was then used to pay for the maintenance of London Bridge.

The Egyptians were the first people to discover the benefits of consuming anise and used it to produce cough decoctions.
The ancient Romans appreciated its digestive qualities, they used it to treat insomnia and as a mucolytic. In fact, they were greedy for anise. Each banquet ended a slice of cake sprinkled with anise seeds called mustaceus.
Today the descendants of the Romans (also European) get the same effect - after much more modest meals - by chewing anise seeds.

Even the Greeks used it against the evils of the season and as a remedy against scorpion stings, while in medieval times it was used above all as a remedy for respiratory diseases and head.

May help prevent and / or treat:

Origins and notes of history:

The anise plant, an annual plant with white flowers, grows in almost all areas with a warm climate, including Greece, North Africa, Spain, Italy, Malta. Originally from the Middle East, the Romans and Greeks in their time spread it all over the Mediterranean and from there to the Americas, in the time of Columbus. 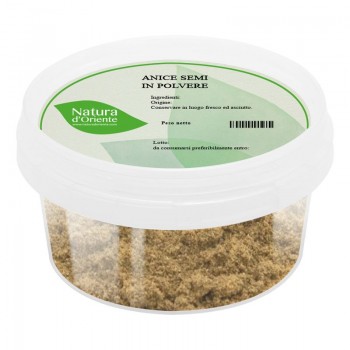 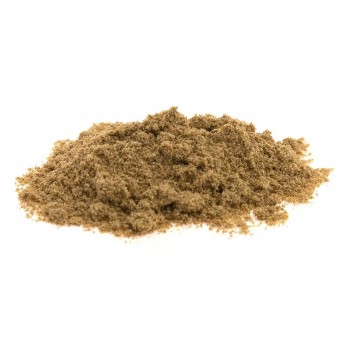 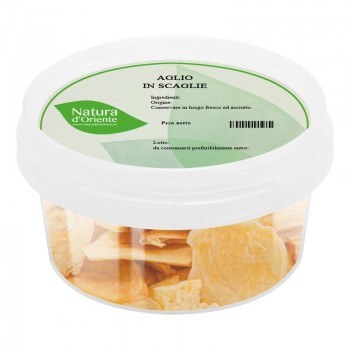 The garlic in flakes is a very convenient and practical ingredient to have in the kitchen to prepare many dishes. Even today, as in the past, garlic is an irreplaceable condiment that is used to flavor more than one food. Excellent combined with fish, white meats, such as those of chicken or turkey, excellent in roasts and fillings. 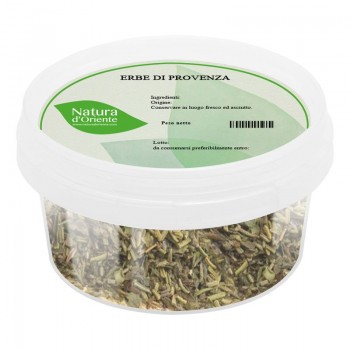 Herbs of Provence are a blend of fresh or dried aromatic plants. Unmissable in the recipes of local cuisine, these herbs are used to give the final touch in vegetable-based dishes, in stews, sauces, ragu and in grilled fish and meat, such as that of Sisteron lamb. 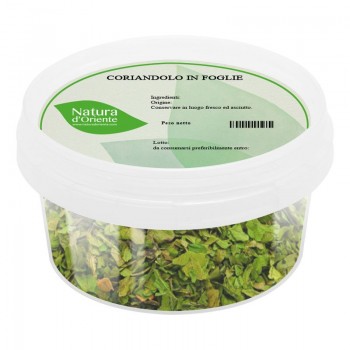 This herbaceous plant has several healthy properties, as well as gastronomic, known for centuries. Even today, its leaves are used both to flavor dishes with an intense taste, and to create herbal teas useful against stomach pain, aerophagia, as a function of digestive aid and astringent. 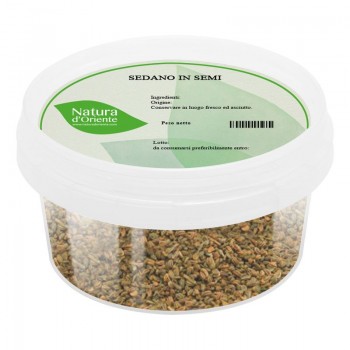 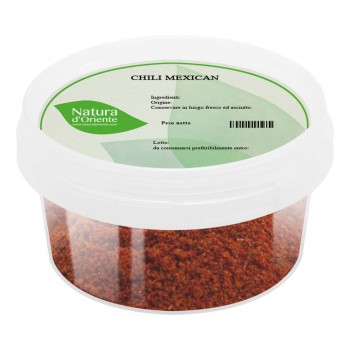 Mixture of spicy spice, excellent for tasting a fabulous chili mex based on beans, capable of giving taste and spiciness to the dishes, of supporting our cardiovascular system and of alleviating annoying pains . A spice suitable for flavoring dishes based on meat, vegetables or various legumes. 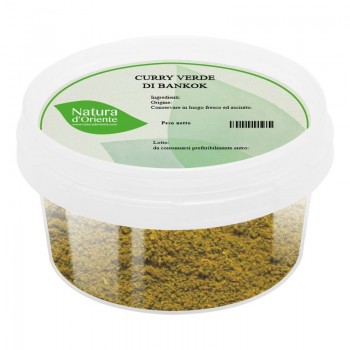 Spice blend used throughout Thailand. Intense green in color, it is a delicacy rich in flavor and aroma, with an intense and fruity smell. It is used for stews with meat or fish, vegetarian soups, or for typically vegan dishes. 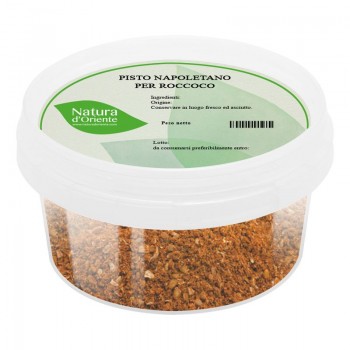 If you were asked “what is the typical Neapolitan Christmas dessert” what would you answer? Of course …… the Roccocò !!!!!! Then the spices are ready for you to flavor this dessert and make it invaluable. An advice? Before flavoring the dessert mix, toast these spices in a non-stick pan and you're done. 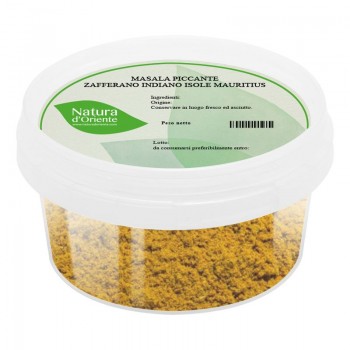 Similar to spicy Indian curry, Masala is used to season white pork and lamb, with an aromatic touch and balanced in flavors. Born in Mauritius, with a recipe handed down over time, it can give a versatile touch among the many flavors that reach the palate, to be creatively modulated in your recipes, based on the dish you prepare. 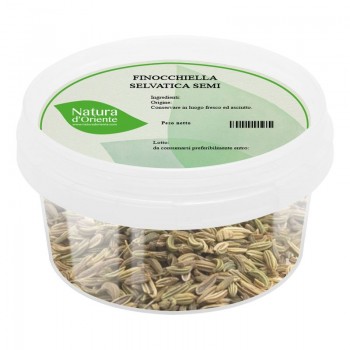 Wild fennel seeds are used in herbal teas and infusions, they are diuretics and purifying. They act as a powerful carminative, reducing intestinal gas and reducing colic. It stimulates the appetite combats nausea, diarrhea, and as an anti-inflammatory on numerous organs. Antiseptic, expectorant, relieves cough symptoms. 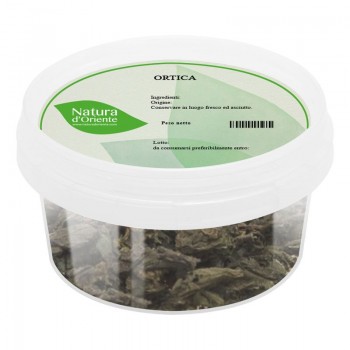 Nettle is an excellent nutritional supplement, rich in varied nutrients such as minerals and vitamins. Antioxidants are important for maintaining physical and mental conditions. The use of nettle can also help improve skin, nails, hair, general health conditions, mood stabilization and sleep quality. 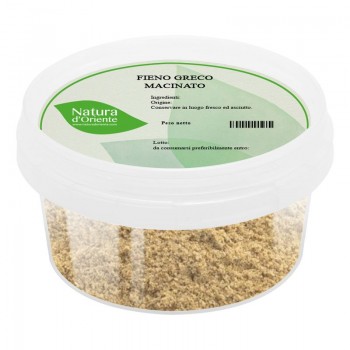 Ground fenugreek has strong properties, making it an important dietetic-therapeutic product, used in the treatment of asthenic, lean and convalescent individuals as it contributes, to regain weight lost, positively affecting the metabolism, causing an appetite awakening and weight gain. 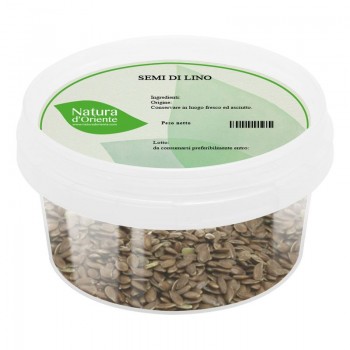 Flax seeds are tasty and nutritious, rich in properties and benefits. Rich in omega3, they are also excellent as a natural remedy in case of constipation. They are also valuable foods and boast numerous beneficial qualities for the whole organism as well as the oil that is extracted from them. If you like spicy cuisine, Thai red curry paste is an ideal seasoning to enhance your taste buds, giving your soul and your mood a boost of energy. 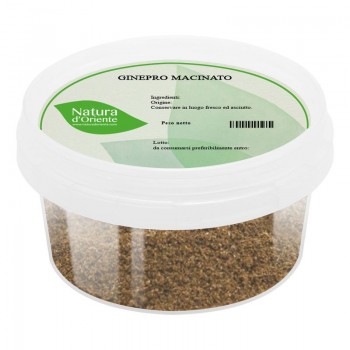 The beneficial properties of juniper were known from the time of the ancient Egyptians. They were in fact used for embalming and for disinfecting rooms. The numerous active ingredients contained in the plant, juniper, confer important therapeutic benefits on them. Widely used in folk medicine to treat various ailments. 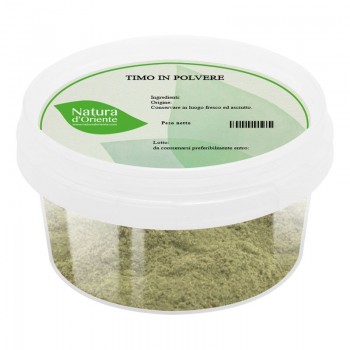 Thyme is a spice that makes many preparations pleasant. With an aromatic, slightly spicy taste, it can be easily used to flavor pasta dishes, roasted meat, grilled meat, fish and fillings. Liqueurs and vinegars are also produced. Combined with wine, garlic, onion, brandy, it is used to prepare excellent sauces for meat dishes. Ground star anise is a real antibiotic from nature. The most interesting active ingredient present in star anise, called anethole, has also shown anti-inflammatory properties. From the extraction of its essential oil it is used in medicine and herbal medicine for the preparation of drugs and natural remedies.