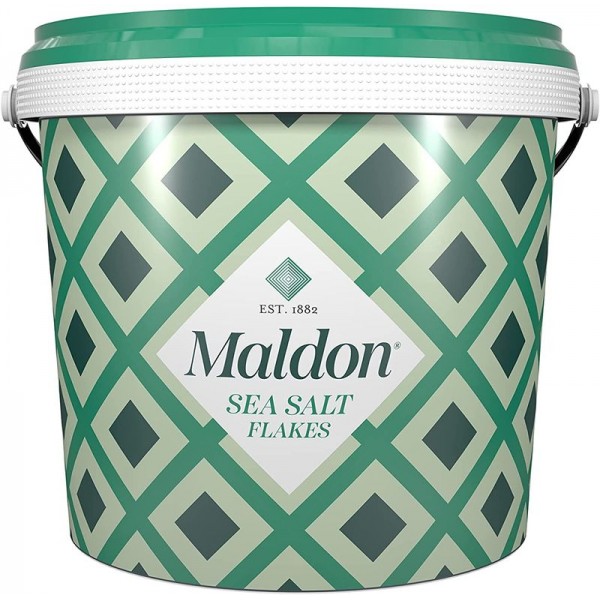 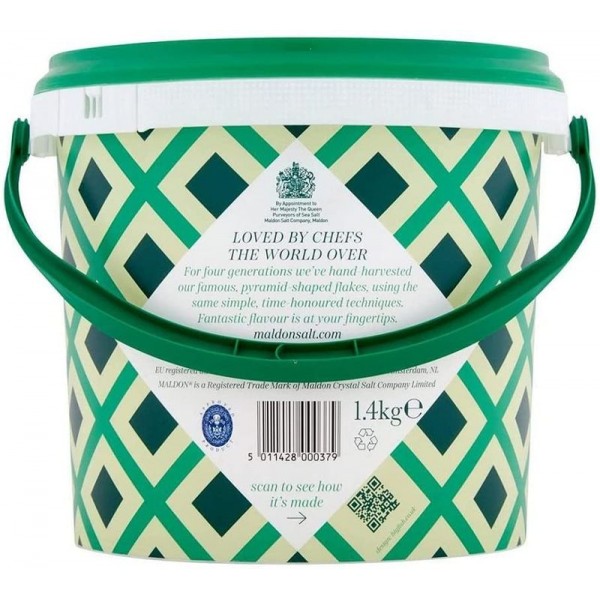 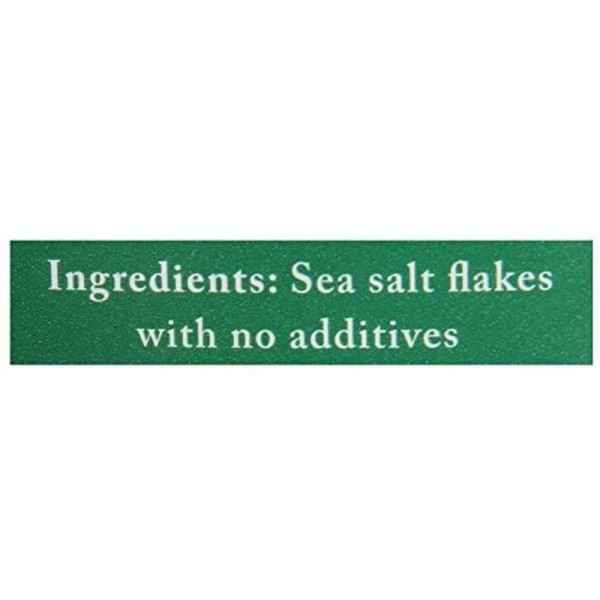 Maldon salt is an unrefined sea salt, delicate and not too savory in taste. Its pyramidal crystals give the crunchiness of a flaky salt that melts in the mouth, in a perfect choice for finishing your dishes.
Maldon sea salt contains an ideal balance of mineral salts; trace elements maintained by centuries-old craftsmanship, in the English territory.

Maldon sea salt with its particularity has gained the appreciation of many experts and chefs over time. It is perfect as a finishing salt , especially suitable before roasts and for seasoning food after cooking. What makes it so special is its provenance from the south-east coast of England, where it has been produced with artisanal methods for centuries. It is highly coveted for its mineral properties, the scenic shape of the pyramidal crystals, its distinctive flavor - not too salty and delicate .

Salt gives health benefits , facilitating digestion, acting for oral health, helping to prevent iodine deficiency, and as important element of rehydration and to maintain the normal pH of the blood. In addition, it helps the body to remove toxins and acts in the body for the transmission of nerve signals.

It is often pointed out as a regulator or harmful agent for normal blood pressure and, for this reason, searches for the most beneficial types of salt of the most popular seasoning in the world have spread. < br /> Maldon sea salt is one of the most appreciated for its health and taste benefits. It is not bleached, it is an unrefined sea salt, which preserves the minerals of its territory: iron, potassium and zinc.

Its taste is unique , specific to its environment: the location of the city of Maldon, is the one that gives a different flavor to the salt. Contains various trace elements from Maldon water, which make it fresh and slightly salty. It is known for its pyramid-shaped crystals, which are large but light in texture. Maldon salt does not dissolve immediately in the taste of food, it persists pleasantly in the mouth and provides a crunchiness that satisfies the palate.

Often this size in the crystals makes the Maldon salt seem more consistent in taste, but in reality it depends on the greater surface area of ​​the salt flakes on the tongue. For this, it takes very little. It is always advisable to add Maldon salt before serving the meal, as a finishing salt, perhaps by squeezing it lightly between your fingers and dusted to also give a fascinating visual effect.

This salt has been collected in the Maldon territory since the 5th century. The Maldon salt flats, located in Essex in south-east Great Britain, are also mentioned in the famous medieval manuscript Domesday Book. Since ancient times, in which clay pits were used, the method of salt extraction has changed little, and for this reason, despite some technological inserts, Maldon salt is considered an artisanal salt. To obtain it, water is taken from the estuaries of the Blackwater and Crouch rivers to the North Sea. Especially in the dry period, when the salt content in estuaries is higher.

The brackish water is diverted and filtered into different tanks, where the hot steam evaporates it. Pyramid-shaped crystals from Maldon sea salt begin to settle to the bottom and are collected at the end of evaporation. A drying process follows, and the salt will be ready to be packaged. An art that evaluates temperature and times, a slow heat, craftsmanship.

This production took a commercial turn in 1882, when Thomas Bland bought a small company that produced salt and transformed it into Maldon Sea Salt. Bland improved production processes - today it is collected at high tide by a steel barge, the water from the salt flats is filtered and then pumped to the salt flats. Thus, within a few decades Maldon flake salt became a gourmet product.

How to use Maldon salt in the kitchen

This type of salt can be used on various earth dishes , making the most of grilled meat or roasted fish, eggs, and in chicken and pork recipes. Maldon salt also gives a beautiful scenography in the dish , with its pyramidal and particular crystals, known for their tactile consistency. It is certainly excellent inserted in homemade bread, as per tradition, and can enrich all baked products with good minerals, without dear 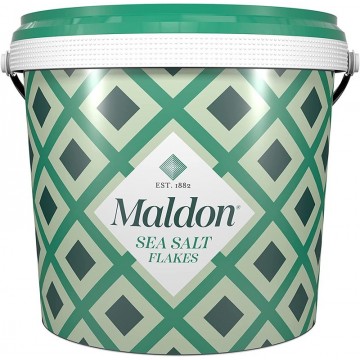 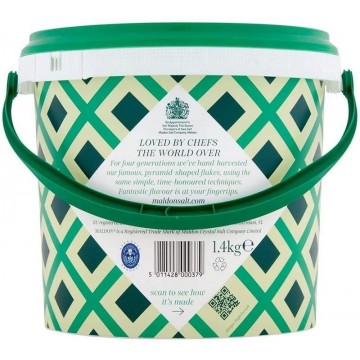 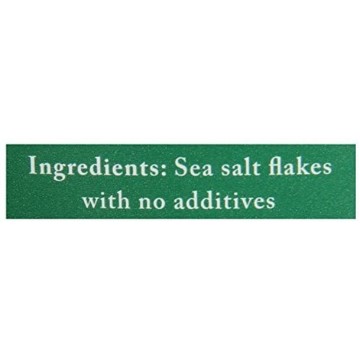 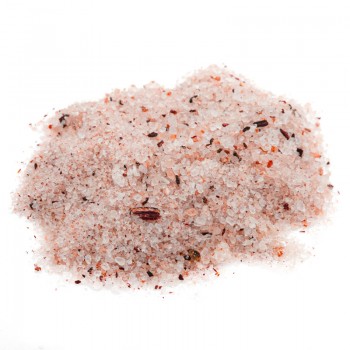 A salt created with the combination of hibiscus flowers to give it a delicious appearance and a sour taste designed to make it ideal for meat and fish.

Salt with green chili chiplote is a spicy and at the same time savory product. Suitable for meat dishes to give a fruity aroma. 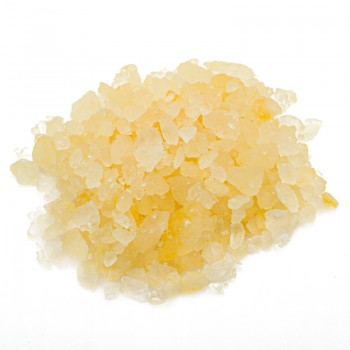 It is a mix of salt and lemon essential oil. Try it on fish or marinade dishes; excellent with lamb and pork or for flavoring salads. By combining them wisely we can give a touch of creativity to our dishes. 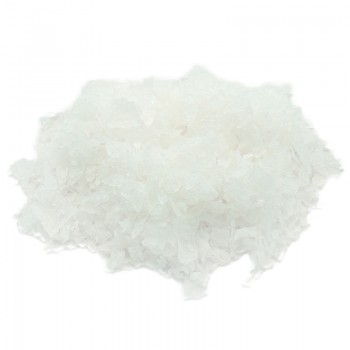 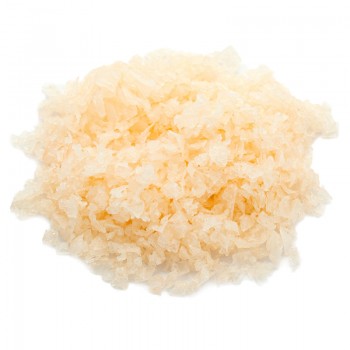 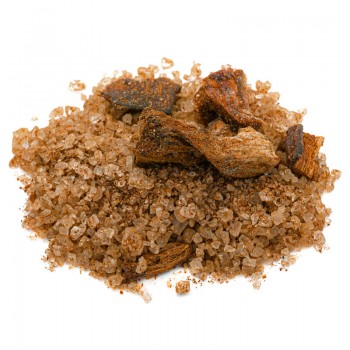 The salt with porcini mushrooms is very tasty and will give an extra touch to your dishes. It only takes a pinch to release its characteristic aroma. 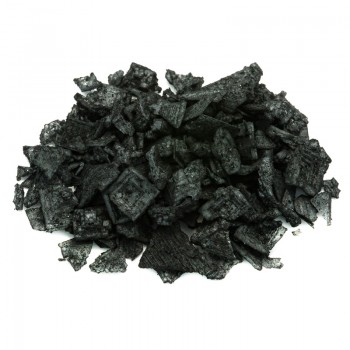 Coming from the salt lakes of Larnaca and Limassol, which owe their strong salt concentration to the nearby sea which filters the extremely porous soil. It is enriched with vegetable carbon obtained from the combustion of soft wood bark, such as linden, birch and willow which give it its typical color. 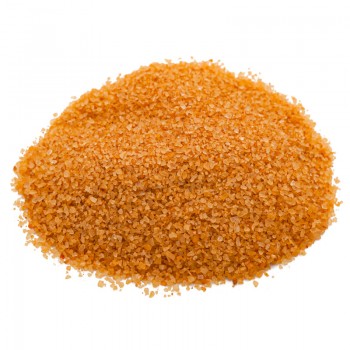 A salt very appreciated by those who know it, once tried it is impossible to do without it. Smoked flavor suitable on grilled meat dishes. Being a particularly strong salt, use sparingly. 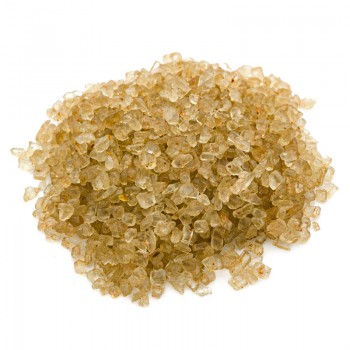 If you are looking for a natural and exotic sea salt, the Green Salt of Hawaii gives you the typical flavor of the Hawaiian archipelago, which particularly enhances fish dishes. The green color is due to the extract of bamboo leaves, added to the salt during drying. A combination that gives the salt a unique spicy aroma, and a flavor that turns towards sweet and delicate notes. 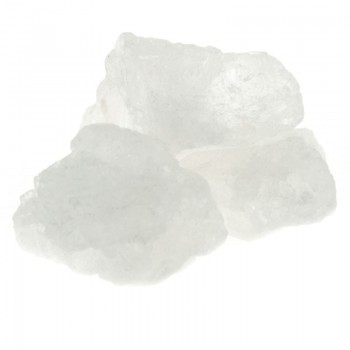 Halite salt from the Himalayas Salt diamond in...

Also called Diamond salt for its bright color or called "salt of the kings" as it was used in the past only by nobles. For millennia it has been used as a therapeutic stone for its multiple benefits on the skin, rebalancing the PH, helping to help problems such as psoriasis, herpes, skin inflammations, colds, digestion, gout, arthritis, arthrosis, sleep disturbances, anxiety, kidney problems.
This salt is in fact used in hydro-saline washes and rinses, inhalations, salt cushions, hydro-saline baths, in the kitchen. In foods, just scratch it with a salt mill but remember that its salinity is higher than normal salt, so initially add a little at a time to your pleasant dishes. 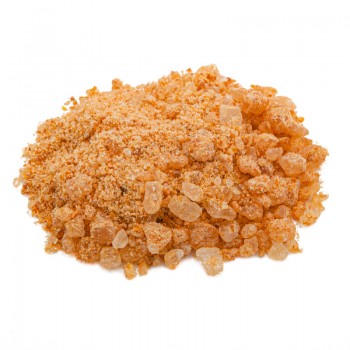 Carolina Reaper chili flavored salt is a highly iodized salt flavored with the most powerful chili par excellence in the world. 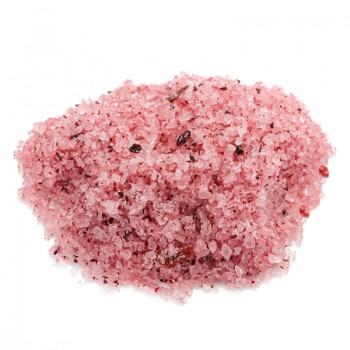 Salt with red hibiscus flowers is a specialty in the panorama of flavored salts. It has a delicate aromatic note, floral flavor, and with a unique flavor, for example on fish fillets.
The main characteristic is its color. 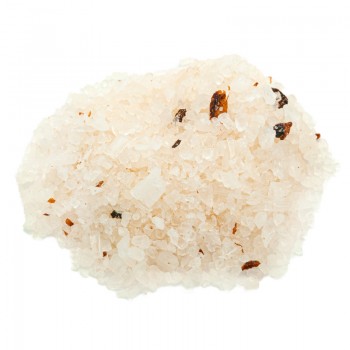 Truffle salt is a product capable of transforming any recipe into a single truffle-based dish. It gives a very particular flavor to meat and fish cooked with any method, as well as to the different types of appetizers and side dishes. 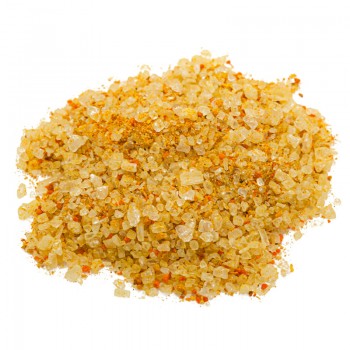 The spiced salt excellent for seasoning and flavoring sauces, soups, salads, unique dishes and dishes based on eggs, vegetables and much more. Based on sea salt and various aromatic herbs and selected spices. 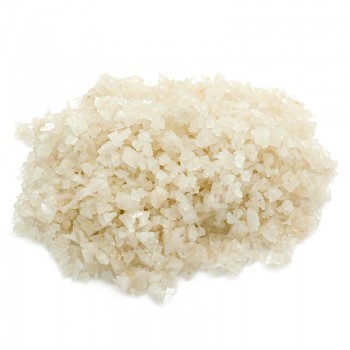 The Guérande salt on the palate is rich, not too salty, and the scent is very reminiscent of that of the ocean. Its moist consistency makes it suitable for many culinary preparations, in each it brings a touch of quality and the right degree of flavor.

Himalayan pink salt is a pink fossil salt extracted from the Khewra mines. Sweet and less savory than common salt, it enhances the flavor of both meat and fish. Contains noble minerals and metals such as calcium, magnesium, phosphorus, potassium, zinc, copper, sulfur and iron.