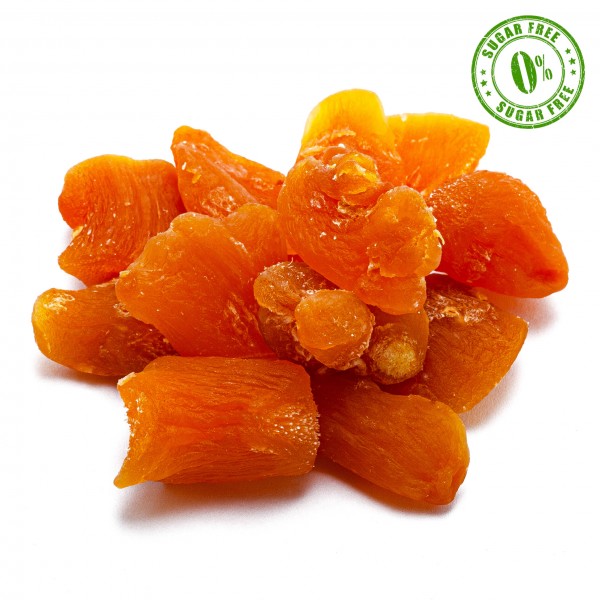 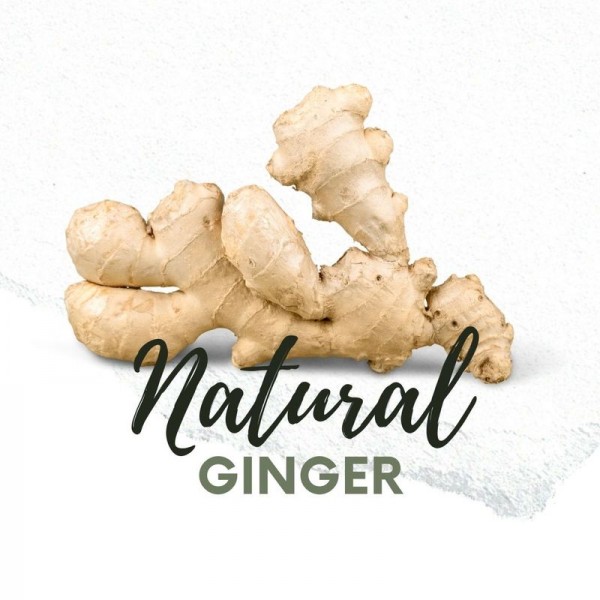 Used for centuries, in the kitchen and for the well-being of our body, this plant is rich in properties, available (and sometimes enhanced) even in the dehydrated version of ginger.
We know, in fact, that the drying process does not affect the important chemical compounds, especially if it is natural ginger without sugar.

This spice has been used since ancient times first in the territories of origin, in the East, and then throughout Europe. In recent times, dehydrated ginger has been transformed by the food industry as a valuable flavoring, and spread all over the world.

In oriental medicine, ginger was known for its interesting health properties used at the time as a natural anti-inflammatory, for digestive, anti-nausea and anti-dizziness effects, and even as an aphrodisiac.

The active ingredients of ginger are concentrated in its root, the rhizome, where substances such as gingerols, shogaoli, resins and mucilages are present.

The antioxidant and anti-nausea properties of ginger derive from polyphenols, the aforementioned gingerols and shogaols, which are also responsible for its spicy flavor.

In terms of benefits for digestion , ginger is a protective food for the gastric mucosa, a valuable ally to counteract the accumulation of toxins and bacterial fermentation. It also promotes the elimination of intestinal gas. It has been known for centuries as a digestive stimulant, today we know that it improves gastrointestinal motility and increases stomach muscle tone.

The plant is also rich in anti-emetic properties, to alleviate the symptoms of motion sickness (such as dizziness, nausea and regurgitation) and is also used as a sedative against stomach pain . Taking ginger can help counteract the symptoms of oesophageal reflux.

Among the famous properties of natural ginger, there is the ability to relieve sore throat , in fact in ancient times it was used to treat hoarseness and loss of voice when talking too much. When cold air enters the lungs, during the winter season, it can help against ailments of colds on the oropharyngeal system.

Natural ginger in pieces is also used against halitosis , to promote fresh and fragrant breath with a few bites.

When you hear about the purifying properties useful for proper digestion, it is because in the past ginger was used as a natural antiseptic.

The antioxidant benefits, caused above all by the substance of gingerol, the polyphenol that counteracts the oxidation of cells and their aging, are now recognized of the dried ginger in pieces. The gingerol taken into the body creates an antioxidant enzyme, which inhibits oxidation with an effect that seems greater than that of vitamin E - a vitamin already present in natural sugar-free ginger anyway.

It is also known as a beneficial food to counteract disorders related to the menstrual cycle such as common pains in the pelvic area and headaches, and to reduce the amount of flow when it is too abundant.

For the benefits of the dehydrated version, remember that when the water is removed from the ginger during the drying procedure, the concentration of polyphenols increases.

Ginger is a perennial herbaceous plant, native to tropical Asia, which has been used for centuries in cooking and for its properties on our body. From its rhizome, the underground part, an aromatic and spicy spice is obtained.
Reading the writings of Confucius (5th century BC), ginger was already used in ancient China, and in fact in oriental medicine it represented a hot element, to fight the cold and rebalance the body.
Ginger was also considered a valuable food by Greeks and Romans, and the doctor Dioscorides Pedanio (1st century AD) recommended it to warm stomach and calm it down. Among the Arab peoples it was also known as an energizer and aphrodisiac.

It was attributed with properties of food preservative, and magical characteristics (preserving the food, it seemed like a miraculous food).

The ginger plant in the Middle Ages was known as "gengevo" (hence the English gingifer and then the current ginger) and was a precious spice in trade. In the sixteenth century it also reached the Americas from Europe. 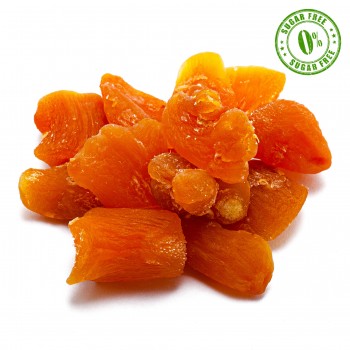 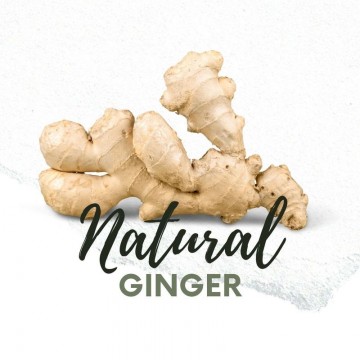 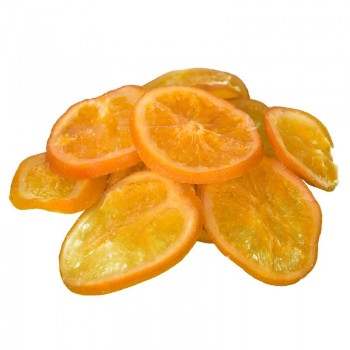 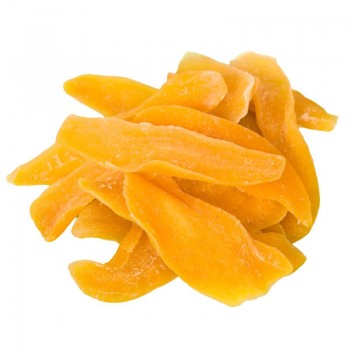 Mango is an exotic fruit typical of tropical countries, which soon spread all over the world. It is a rather caloric and very nutritious fruit. It is particularly rich in sugars, vitamins and minerals which make it perfect for athletes and students looking for an energetic food.

Coconut is a delicious and beneficial food, rich in nutrients. It gives our body fibers, carbohydrates, sugars and lipids, in the version of natural dehydrated coconut, and without added sugars. Among the benefits of coconut there is also the supply of vitamins E, C and B. which make it effective in treating ailments such as muscle weakness, excessive nervousness and urinary problems. A beneficial, natural and appetizing snack. 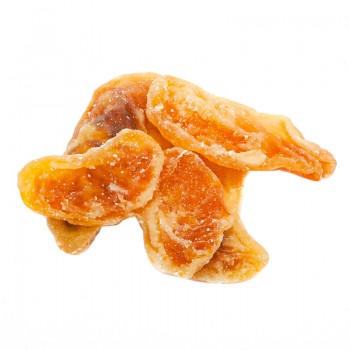 The consumption of mandarins is considered very beneficial for health, since these fruits favor our body with their preventive and protective action against various ailments. The dehydrated mandarin wedges can also be excellent as a snack, a greedy but healthy snack. Dried apricots contain many nutrients useful to our body, they are very rich in potassium, magnesium, calcium, iron and other mineral salts. Despite drying, these apricots are able to maintain the same properties and benefits of fresh food. 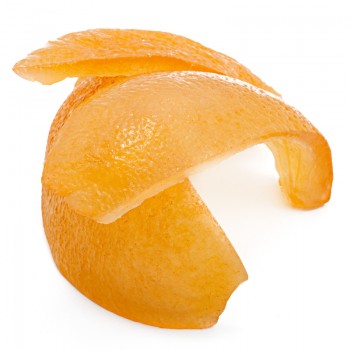 Candied lemons can be eaten as they are or are highly appreciated in the preparation of desserts, such as panettone, chopped into Sicilian cannoli and to enrich creams. 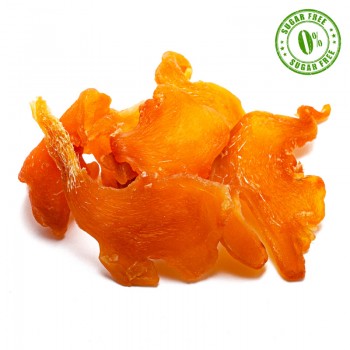 Ginger is a plant used for centuries in cooking and also for the well-being of the organism. It is a food rich in vitamins and antioxidants useful for relieving the sense of nausea, migraine, indigestion, heartburn and stomach pain. Furthermore, being rich in vitamin B, it can speed up metabolism and decrease the sense of hunger as a sliced snack, in this dehydrated version without sugar. 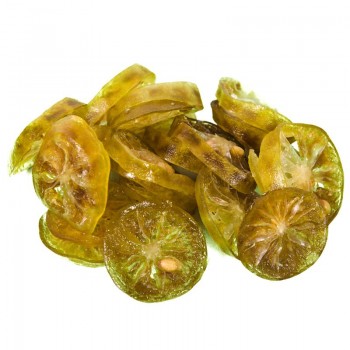 Lime is also known as lime, and is a fruit that offers excellent nutritional values, as well as a unique taste, often used for cocktails and drinks. The abundance of vitamin C present in lime, some antioxidant benefits and its digestive properties, make it a coveted fruit for the well-being of the body. It also has few calories and zero fat. 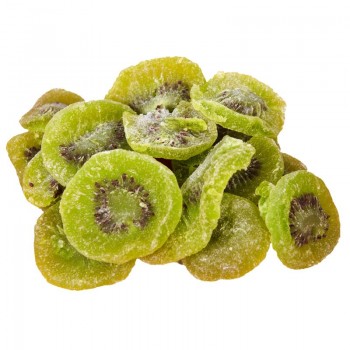 Kiwi is a favorite fruit for its sweet and exotic taste, and for its high content of vitamin C. It has many beneficial properties for personal health, and is perfect in the dehydrated version as an energy-hungry snack. for the well-being of the organism. 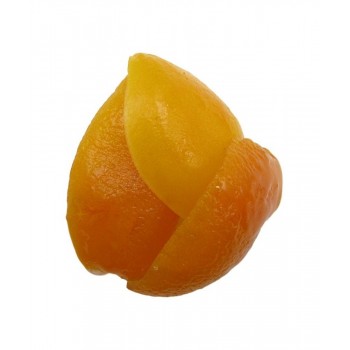 Rich in vitamin C and energy sugars, orange is famous for its beneficial properties on the body. As a snack it is also very popular in the candied orange peel version, i.e. dried and then dipped in sugar syrup. Cuped candied oranges are delicious to eat as snacks, or as ingredients for sweet dishes. Among the specialties of oranges, these candied fruit are often appreciated for the concentration of nutrients, as well as for their sugary flavor: vitamins, simple sugars and fibers. 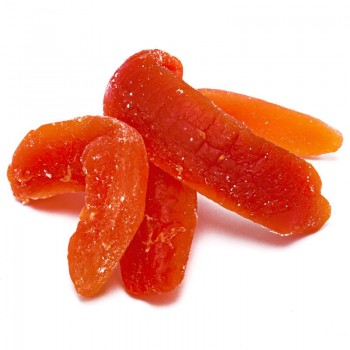 Papaya is a wonderful tropical fruit with a characteristic shape and exquisite flavor. It is grown in a large variety of regions around the world. Papaya in the dehydrated version is also appreciated for its nutritional properties and the benefits recognized throughout history, for digestion and well-being due to the high presence of vitamin C and antioxidants. 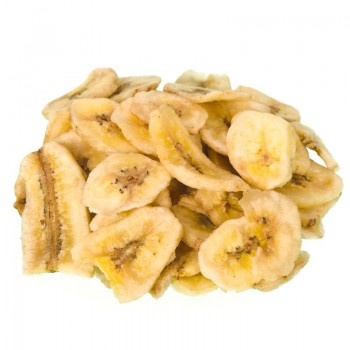 The dehydrated banana chips are an excellent hunger breaker, useful for a snack. This type of dehydrated fruit is often used by those who practice sports, due to the potassium, mineral contained in it and the antioxidants for our body. Natural sugar-free pineapple is an ideal snack for those who want to combine taste with a healthy diet. Useful for your daily well-being, it should be eaten to recharge your energy, vitamins, minerals and antioxidant fibers. 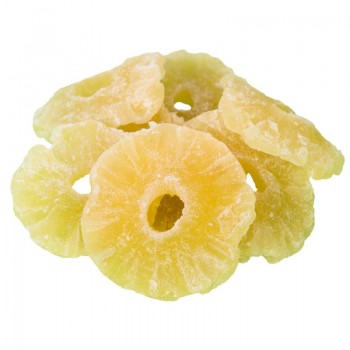 The dehydrated pineapple slices make a great snack to eat as a snack. This type of pineapple is soft and sweet, perfect for assimilating energy sugars, vitamins and minerals for well-being and gluttony. Also perfect for desserts and dried fruit mixes. 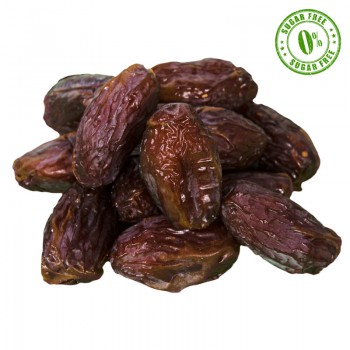 Exotic fruit par excellence, Medjoul dates have properties and benefits including antioxidant effects, excellent for fighting the cellular aging process. In addition, Medjoul dates are the best-selling on the market for their delicious flavor, enveloping also thanks to their softness.